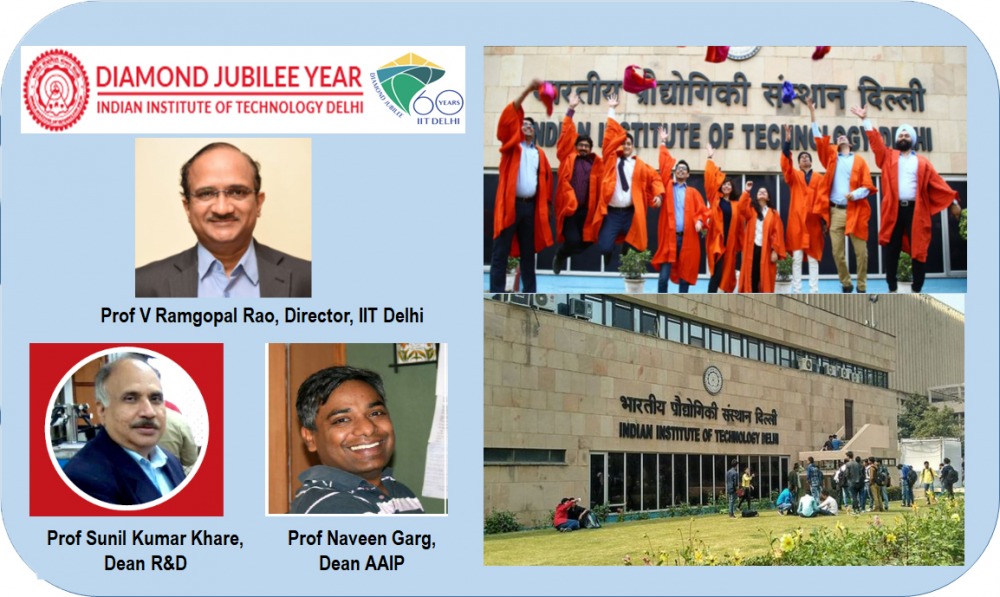 Indian Institute of Technology Delhi (IITD) and Hebrew University of Jerusalem, Israel (HUJI) are proud to announce a new and exciting collaboration. A new joint fund to which IITD and HUJI are contributing matching funds to support collaborative and interdisciplinary education and research initiatives has been established through a competitive joint call for proposals, for the development of five joint collaborative projects, with the aim to create impactful research outcomes in the field of Computer science, Biomedical science, Life science, Environment, and Chemistry.

Indian Institute of Technology Delhi, Dean International Programmes expressed strong support for the new partnership. Prof. Naveen Garg said "The signing of this MoU for collaborative research and student exchange between IITD and HUJI and the launch of the seed fund for supporting collaborative research marks an important milestone in our efforts at partnering with the top universities from around the world. We hope this seed will grow into a magnificent tree and bear fruits for both universities."

The Hebrew University of Jerusalem’s Vice President for International Affairs, Prof. Oron Shagrir said: “The Hebrew University is very delighted to expand its partnership with the Indian Institute of Technology Delhi. This agreement will bring about opportunities for joint research and exchanges of students and ideas with one of the leading research institutes in India. It is part of the university’s strategy to expand our collaborations with India.”

In October 2015, IIT and HUJI signed a general agreement for cooperation to mark the occasion of the visit of the President of India, Shri Pranab Mukherjee, to the Hebrew University and Israel. This is the cornerstone for the newly developed activities and agreements.

About the Indian Institute of Technology Delhi

Indian Institute of Technology Delhi is one of the 23 IITs created to be Centres of Excellence for training, research and development in science, engineering and technology in India.

Established as College of Engineering in 1961, the Institute was later declared as an Institution of National Importance under the “Institutes of Technology (Amendment) Act, 1963” and was renamed as “Indian Institute of Technology Delhi.” In 2018, IIT Delhi received the special status of Institution of Eminence (IoE) by the Govt. of India, giving it greater autonomy in various matters including hiring of foreign faculty and starting collaborations with foreign institutions.

Since its inception, over 48000 have graduated from IIT Delhi in various disciplines including Engineering, Sciences, Design, Management and Humanities & Social Sciences. Of these, nearly 5070 received Ph.D. degrees, over 15738 students graduated with B.Tech. degree and the rest obtained Master’s Degree in Engineering, Sciences and Business Administration. These alumni today work as scientists, technologists, business managers and entrepreneurs for building of this nation, and to industrialization around the world.